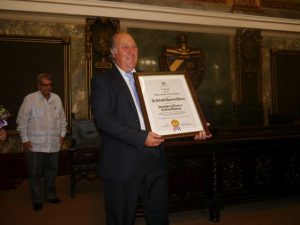 The ceremony was attended by Miguel Jorge Llivina Lavigne, representative of the Regional Office of Culture for Latin America and the Caribbean of the United Nations Educational, Scientific and Cultural Organization (UNESCO), and Mayda Goite Pierre, rector of the University of Havana. END_OF_DOCUMENT_TOKEN_TO_BE_REPLACED

Injectable Tripeptide/Polymer Nanoparticles Supramolecular Hydrogel: A Candidate for the Treatment of Inflammatory Pathologies